having been watching lots of HowTo Vivarium/Terrarium videos on YouTube, I thought it was beyond time to make one myself. To start with, I thought it important to make a totally native, local build, foraged from plants and materials from my garden.

I live in Plymouth on Clinton Avenue in the Lipson area. My garden is small and pokey. It’s a little shaggy and untended, so there is some diversity of plant and critter life, but urban; the presence of housecats in the area means there’s rarely any birds, for example. Surely this has a trickle down affect on the biodiversity. 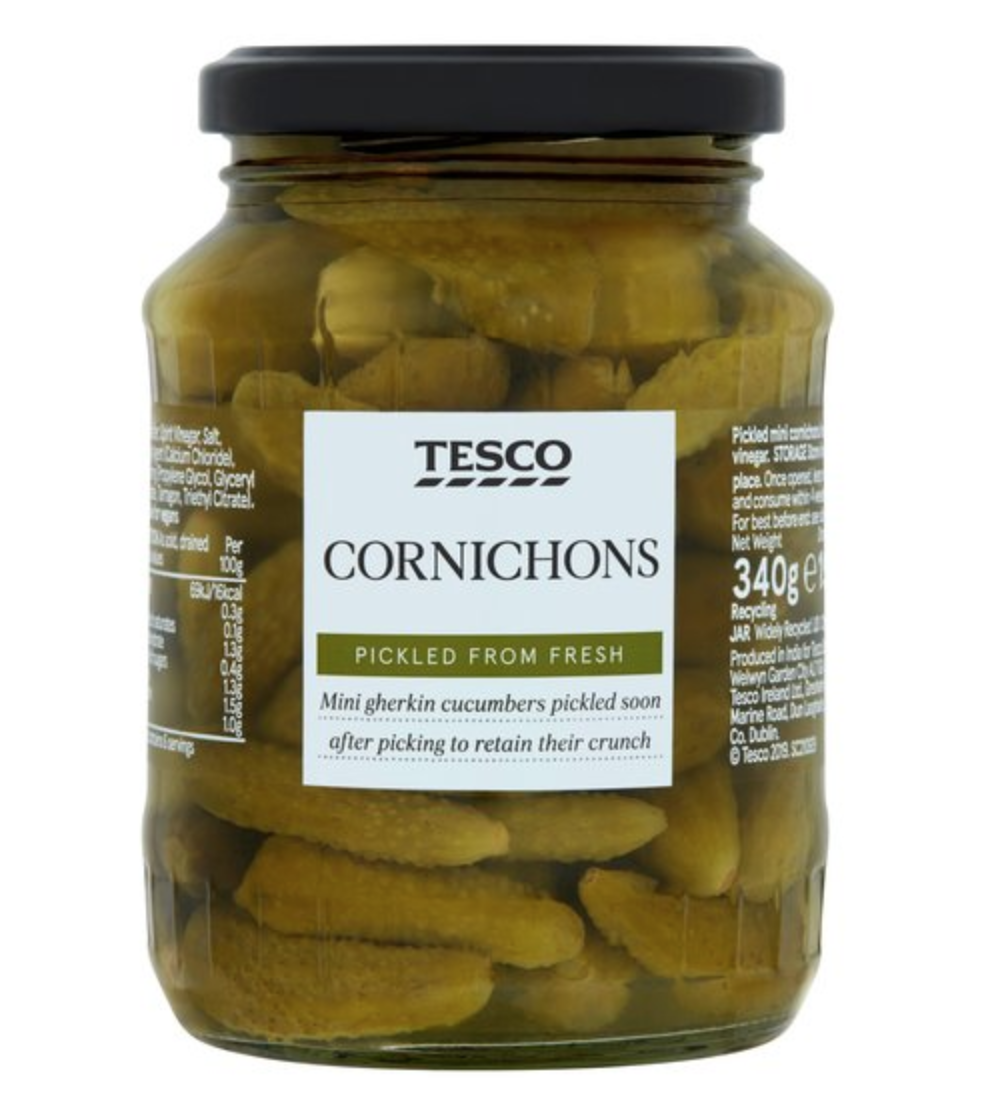 A cornichon is a fancy word for a baby pickled cucumber!

I got into pickling over the summer. Doing home preservation feels like a (very, very minor) act of resistance against the ways in which food and agriculture are distributed and consumed atm, what with fruit and veg being imported from far away, quickly going bad, requiring a constant cycle of purchasing and throwing away. Building ecosystems in jars feels like a sort of act of preservation, like pickling, or like a time capsule. The legacy of pickling stretches from ancient Mesopotamia to contemporary counterculture projects like Plymouth’s Jar Squad.

I used an old jar of Tesco cornichons. I removed the label so I could better see inside, but you can still identify its previous life as a supermarket product from the Best Before date on the lid. 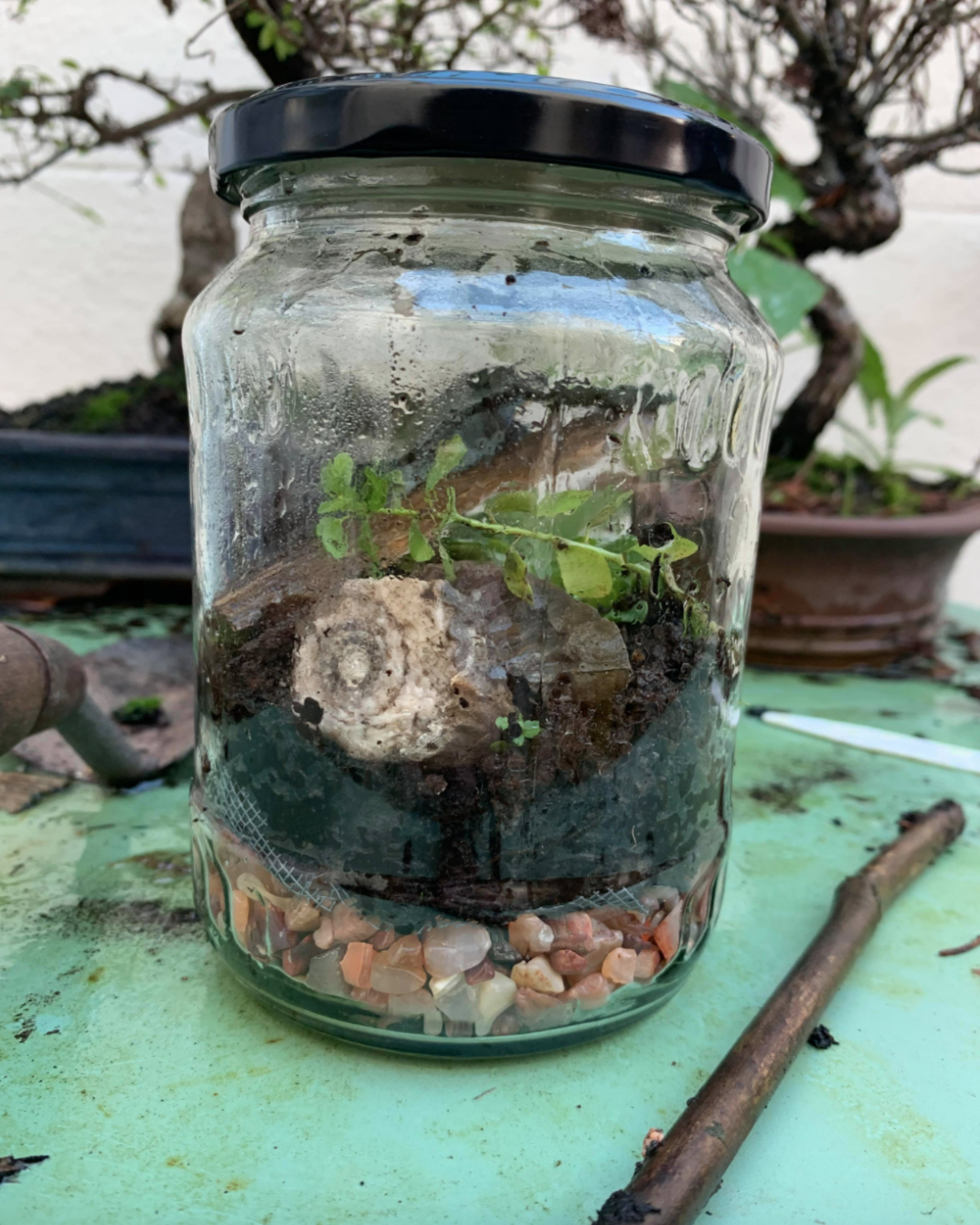 Here is how it looked upon sealing!

You can see the leafy plant I found was planted poorly (sideways lol), but already this has straightened up. (i’ll post update pictures soon).

Because it was foraged from my garden, and its small size as an object, I felt like it was quite a secretive sort of thing. The process of building these things and working with dirt makes me feel like a child, like I’m doing something naughty and hiding it from my parents.

I’ve called this work Secret Tesco Cornichon Fossil Garden System. I see it kinda sculpturally. Over time the sculpture will change significantly. I chose an unwieldy long name to evoke the process of categorising or archiving objects for internet searching.

To monitor its health I’ll be checking it every day - but it should not need opening ever. Signs of good health are, like, a small amount of condensation in the air space towards the shop - this shows the water cycle is functioning.